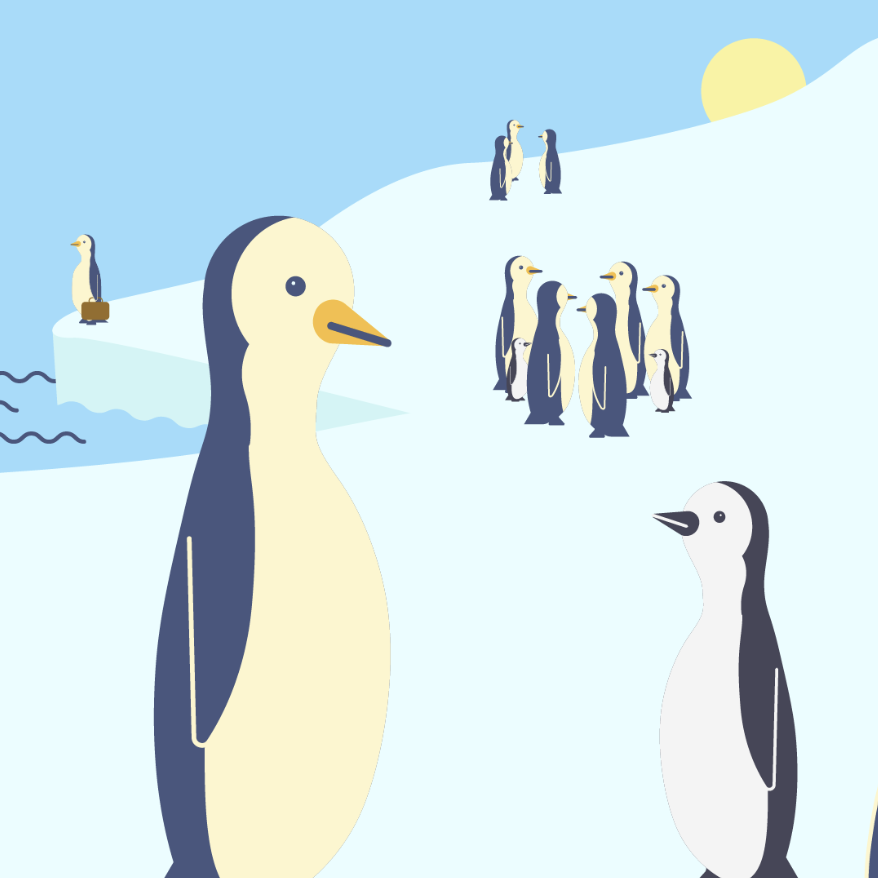 TVSalon approached me regarding an animation for a animation for a big company. Which company that is, is impossible to know from this video alone, so they shall remain anonymous. The story was written by the client themself and is supposed to represent something going on in their company. What kind of changes those are, is anyones guess …

The client also intended on the employees recording the voice lines themselves on their phones, since each penguin represents a member of their team. It sounds as horrible as you’d expect, hence the Audio is muted – despite me spending days making it sound as good as possible … one cannot polish a turd.

The penguins are so adorable!

I am very proud of how it looks. Most of the character design decisions were heavily inspired by the client, who used clip art images of penguins to illustrate what they were going for. I wasn’t given any CI-Manual or whatever, so the entire design is entirely from scratch. I aimed for a very clean, flat and geometric style. To ground my design decisions in some sort of logic, i used circles for the base of basically everything.
Once again, i couldn’t resist implementing AfterEffect’s 3D functionality.

Oh, did i mention, that i used my webcam to animate the character’s head and mouth movements??

Yeah, pretty cool. I used Character Animator to achieve this. Which meant I’d have to spend ten times the amount setting up the character for animation, but that time was well invested, as i could just let the computer do the repetitive and boring bits for me.